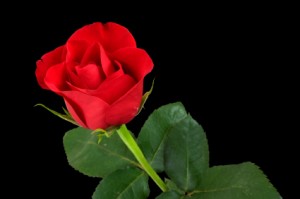 The red rose is an internationally recognised symbol of passion and love, so it is no wonder that on Valentine’s Day it is the most popular cut-flower in the world. Whether you are sending a single stem to a secret crush or a stunning bouquet of 100 blooms to the special someone in your life, red roses show your true feelings for someone with a touch of style and luxury.

The red rose also comes in a wide variety of shapes and sizes to choose from, ranging from small headed, pinkish flowers to large deep crimson varieties. Here we have listed our top 12 red roses for Valentine’s Day to help you make a lasting impression on your loved one.

Heart’s Desire – First introduced in 1942, this rose comes in a dark red colour and has a heady fragrance

Red Sweetheart – Also known as a Polyantha, this hybrid red rose has a lightly spicy fragrance and was first created in 1944 in the United States

Black Magic – A large hybrid tea rose that comes in dark red with a sweet, mild fragrance. It was created in 1995 in Germany and introduced to the US in 2001

Candella – A medium red hybrid tea rose, the Candella was first created in 1996 in New Zealand and is also known as ‘Eternally Yours’.

Don Juan – This climber has large flowers in dark red and has a citrus fragrance. It was created in Italy in 1958

Ingrid Bergman – Named after the famous actress, this rose has a large head, a spicy scent and was first introduced to the world in 1985 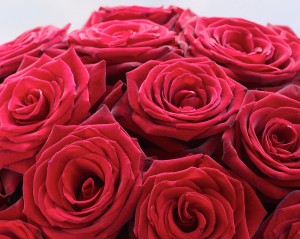 Belle Rouge – A charming hybrid tea rose that comes in a deep red/purple colour and was first created in Paris, France in 1956

Scarlet – A dark red mini-flora that was created in Denmark in 1987, this flower has a very mild fragrance and neat, rounded flower heads.