During the festive period, many homes across the country will be decorated with any number of flowers and plants in preparation for the upcoming celebrations. But how much do we know about the reasons behind our decorations and why some flowers and plants are favoured over others?

Here we have taken a closer look at the most popular Christmas plants and flowers that you may come across this year during the holidays. 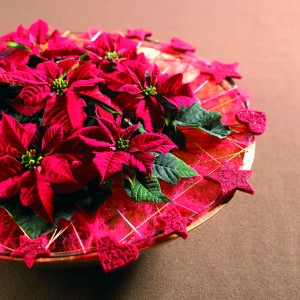 Originally from Mexico and parts of Central America, the poinsettia was brought to the United States in 1825 by the then-United States Minister to Mexico, Joel Roberts Poinsettia, whom the flower was then named after. The distinctive thing about the poinsettia is the red parts of the plant which are often mistaken for petals but are in fact leaves.
Association with Christmas: The origin story for the poinsettia tells of a young girl who was too poor to afford a gift for baby Jesus. An angel informed her to gather weeds and place them on her church’s altar. It is said that they transformed into the striking red poinsettia as soon as she did so. 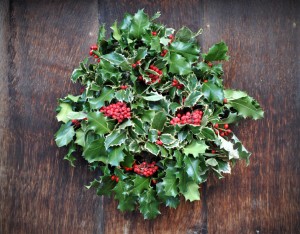 Holly is an extremely widespread evergreen plant due to its adaptability and resistance to harsh weather conditions. Easily recognisable due to its dark green spiky leaves, the vibrant red berries can be harmful to humans if ingested but provide an important source of food for birds and wildlife.
Association with Christmas: It is said that Holly was used in Pagan celebrations around Yule, which is held at the same time as the Christian celebration of Christmas. The plant was used to decorate the home and headdresses in preparation for the coming winter. 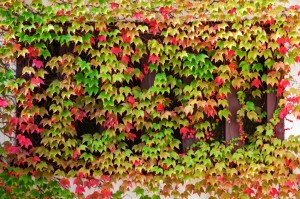 This species includes both ground-crawling and climbing varieties and is native to many parts of Europe, north western Africa and south western Asia. Some varieties are highly invasive and are considered weeds, but others are prized for their decorative qualities and are allowed to grow across the sides of buildings, especially in England.
Association with Christmas: Ivy is believed to protect the home of evil spirits if used as a decoration. It is said to represent loyalty and devotion due to its ability to survive through harsh winter conditions. 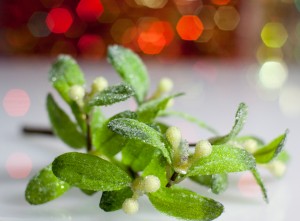 The most recognisable species of mistletoe is viscum album, or European Mistletoe, which is a semi-parasitic plant that grows on host trees and produces white berries. Although commonly used during the Christmas holidays as a decoration, the berries are toxic and should always be handled with care around pets and small children.
Association with Christmas: Mistletoe has only been used as a Christmas decoration from around the 18th century but now it is considered one of the most quintessential. Kissing under the mistletoe is a well-recognised festive tradition and it is often used as a decoration in the home. 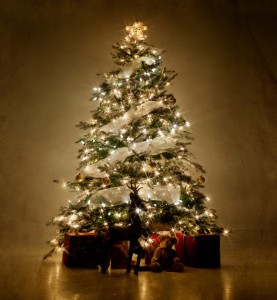 The Christmas Tree is not a name associated with only one species but instead is used to refer to fir, pines and evergreen conifers used in Christmas celebrations. Conifers can be traced back to the late Carboniferous, about 300 million years ago and due to its diversity, can be found on virtually every continent on the planet.
Association with Christmas: The origins of the Christmas Tree as a festive decoration can be traced back to pre-Christian times, despite its association today with the celebration. The Egyptians were said to use evergreen trees in their customs as a way of representing eternal life, which seems to be why the Christmas Tree is now used to during the celebrations of the birth of Christ.