Gardens of myth and legend revealed

With the RHS Chelsea Flower Show just around the corner we thought we’d take a look at some gardens made famous by exciting myths, legends and religious beliefs. 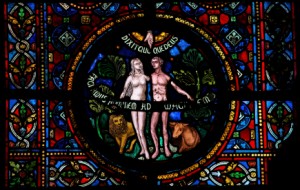 The Garden of Eden is known from the book of Genesis from the Bible. There has been dispute over where this garden might have existed, as there are multiple meanings for the word Eden and the Bible’s description of the garden being in the east is also vague.

The Bible says that God created the first man and woman, Adam and Eve, and let them live in the Garden of Eden as long as they didn’t eat the fruit from the Tree of Knowledge. The story goes that Eve was tempted by a serpent to eat the fruit. The serpent, who was “slyer than all other beasts”, told her the fruit would make her more like God and would not result in her death. Eve then shares the fruit with Adam and their eyes were opened.

They were suddenly aware of their nakedness and covered themselves with fig leaves so God would not see. When God asked them about eating the fruit, Adam tried to defer the blame saying: “The woman Thou gavest to be with me, she gave me the fruit of the tree, and I ate.” Eve blamed the serpent.

God banishes them both from the Garden of Eden and outside they don’t have plentiful food or a safe place to live. God therefore condemned men to a life of toil and women were given the pain of child birth.

These gardens were considered to be among the Seven Wonders of the World, but it could be that they were entirely legendary. According to the legend they were built by the city of Babylon, in present-day Iraq.

The gardens are attributed to Nebuchadnezzar II, who ruled between 605 and 562 BC. It is said that he built the gardens to please his wife, who longed for the plants of her homeland.

The gardens were written about during Greek and Roman times, but no archaeological evidence has been found as to their whereabouts. It is said that a number of earthquakes destroyed the gardens after the second century BC.

In order to keep the gardens looking beautiful Nebuchadnezzar II would’ve needed 37,000 litres of water a day. It’s suggested that a device similar to an Archimedes Screw would have been used to irrigate the entire garden.

Fangu Isle of the Immortals 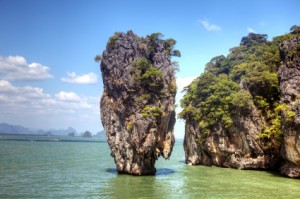 The three Islands of the Immortals are talked about in Taoism, one of the three being Fangu. Belief in this island dates back as far as the third century BC, when the first emperor of China sent an expedition into the eastern sea. He hoped the expedition would gain him contact with beings who held the secrets of immortality.

Because the immortals were said to possess eternal youth, the emperor sent young boys and girls to communicate with them. Sadly, none returned. After this Taoists believed the islands either lay past the violent sea, where mortals couldn’t reach them, or were atop the backs of great tortoises and were constantly moving.

In a scroll from the 1600s, Wang Yun depicted the island as a great tower of rock sticking out of the sea, with other islands visible in the background. It is said the island is inhabited by immortals and that their temples are among the rocks. The rest of the island is beautiful and covered with magical plants and trees.

The Garden of Hesperides comes from Greek mythology and was Hera’s orchard. Each tree in the grove bore immortality-giving golden apples.

The apple trees grew from the branches that Gaia, goddess of the earth, gave to Hera when she accepted Zeus as her husband.

The Hesperides were little nymphs tasked with tending to Hera’s orchard. She didn’t trust them because they started stealing the apples for themselves, so she placed a 100-headed dragon named Ladon in the garden for extra security.

But according to legend, the Goddess of Discord Eris managed to enter the garden and pluck an apple from a tree. She inscribed it ‘to the most beautiful’ and rolled it into a wedding to which she was not invited. This was the act that caused the Trojan Wars. 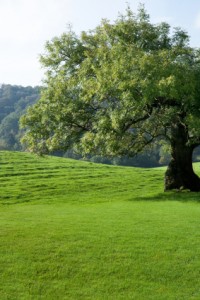 Not a garden but a magnificent tree from Norse mythology. It is said to have been an immense ash tree that was considered holy. The Norse gods would visit it daily to assemble their form of government.

The branches of Yggdrasil extend far up into the heavens and its roots far down into the earth. Each branch and root leads to one of the nine realms. Two of these are Midgard, the realm of men, and Asgard, the realm of the gods from where Norse gods such as Thor and Odin come.

Three wells also lie at the base of the tree. The Well of Fate, the Well of Wisdom and the Hevergelmir – the source of many rivers throughout the realms. A number of creatures also live within the tree, including a wyrm, an eagle, a gossiping squirrel and four stags. 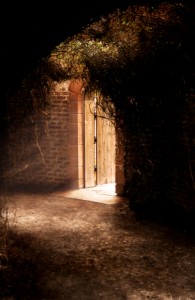 The Secret Garden by Frances Hodgson Burnett was published in 1910 and was about Mary Lennox, a 10-year-old girl sent to live with her uncle Archibold Craven in Yorkshire when her parents died.

Mary finds out about a walled off garden. Her aunt had loved that garden and had tended roses in it for years until her death and Mary’s uncle had it locked and the key buried because it reminded him too much of his late wife.

Eventually Mary happens upon the key to the secret garden and goes in there with all sorts of tools to try and restore it to its former glory.

During her time in her uncle’s house she hears muffled crying. One night she goes to investigate only to find a young boy in bed sobbing. She works out that he is her cousin, Colin, who suffers from a problem with his spine.

Mary being with him taking him into the secret garden helps Colin to regain his strength. At first he only visits in his wheelchair, but soon he is able to walk and help Mary with the gardening.

Do you have any stories of mythical gardens? Feel free to share them!